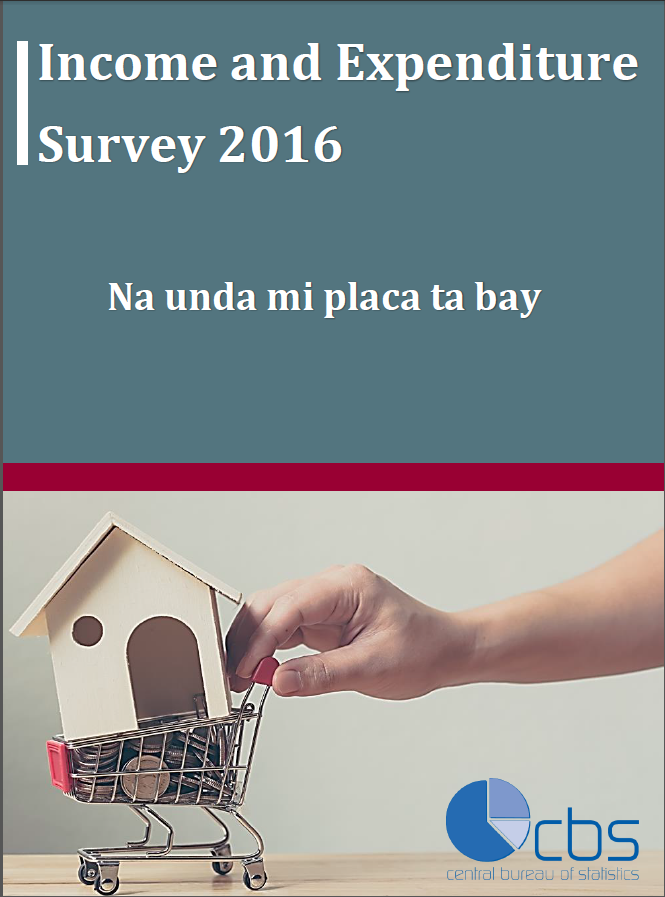 Since the last Income & Expenditure Survey (I&ES) held in 2006, a lot has changed concerning income and expenditures of households. New products entered the market, other products are out of the market, and consumption patterns changed. The 2016 edition of the I&ES includes these changes and covers expenditures from up to a year prior to the survey. It provides information on household income and household expenditures, it assesses the living conditions of households, and it also observes the consumption patterns of households. In addition, it plays an important role in re-basing the consumer price index (CPI), in revising the price lists used for collecting information on changes in prices, and in compiling the “Use Table” in the process of building the System of National Accounts of Aruba. The data gathered provides useful information to calculate indicators on the socioeconomic situation of households which serve, among others, to inform policy makers in the formulation of social and economic policies. It is broadly used by government departments, private organizations, researchers and the community as a whole. A special thanks goes to all the households that participated in the survey for their valuable contribution, and to all the interviewers that contributed to the successful completion of this I&ES 2016.