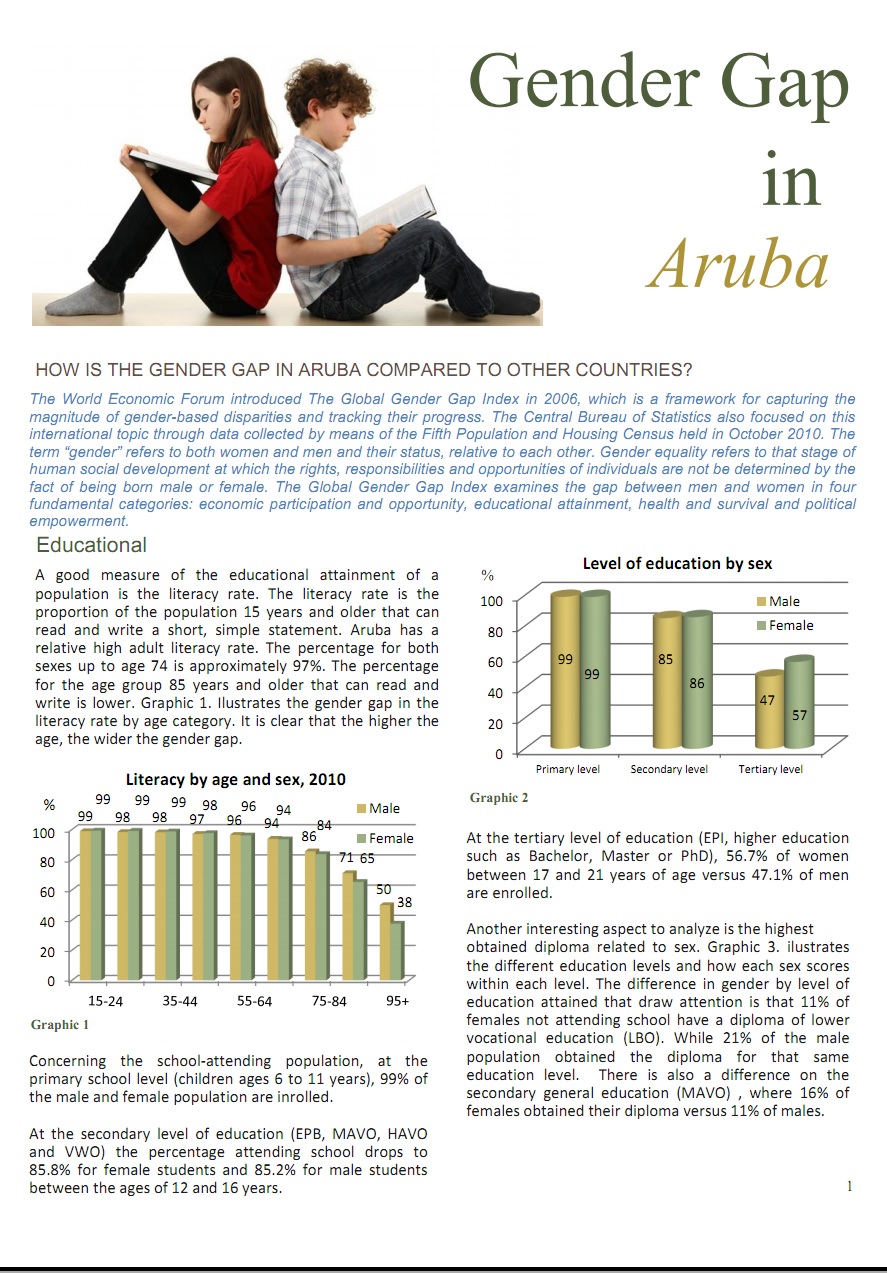 The World Economic Forum introduced The Global Gender Gap Index in 2006, which is a framework for capturing the magnitude of gender-based disparities and tracking their progress. The Central Bureau of Statistics also focused on this international topic through data collected by means of the Fifth Population and Housing Census held in October 2010. The term “gender” refers to both women and men and their status, relative to each other. Gender equality refers to that stage of human social development at which the rights, responsibilities and opportunities of individuals are not be determined by the fact of being born male or female. The Global Gender Gap Index examines the gap between men and women in four fundamental categories: economic participation and opportunity, educational attainment, health and survival and political
empowerment.